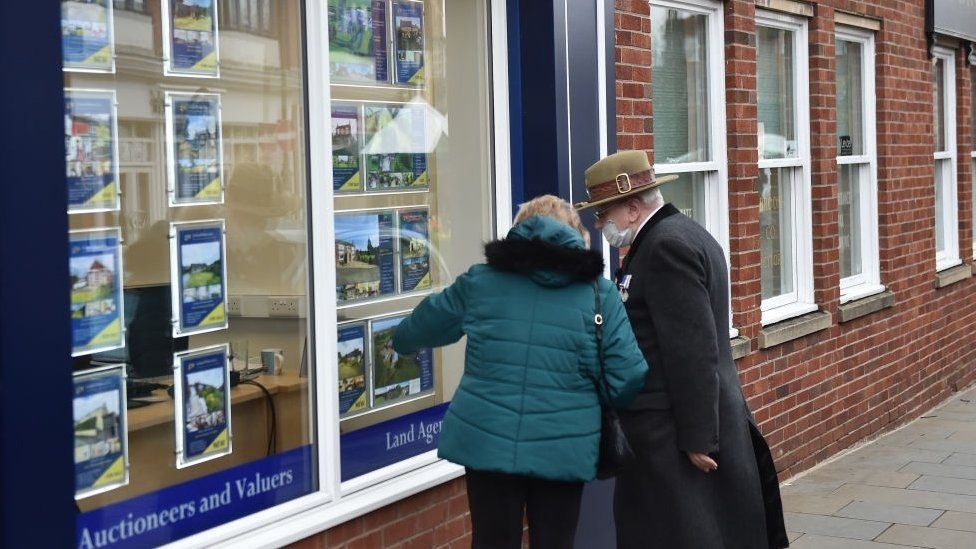 House price growth rebounded last month with the average value hitting a record high of £231,068, according to the Nationwide.

"This increase is a surprise," said the Nationwide's Robert Gardner, as price growth had been expected to slow ahead of the end of the stamp duty holiday.

The holiday is due to end on 31 March although there have been reports it could be extended.

The stamp duty holiday means the tax has been suspended on the first £500,000 of all property sales in England and Northern Ireland since July.

There has also been some relief from the equivalent taxes for property buyers in Scotland and Wales - which is also set to end on 31 March.

An announcement on any changes in stamp duty could come in this week's Budget.

A mortgage guarantee scheme to help people with small deposits buy a property ladder is set to be announced in the Budget.

The government will offer incentives to lenders, bringing back 95% mortgages which have "virtually disappeared" during the pandemic, the Treasury says. 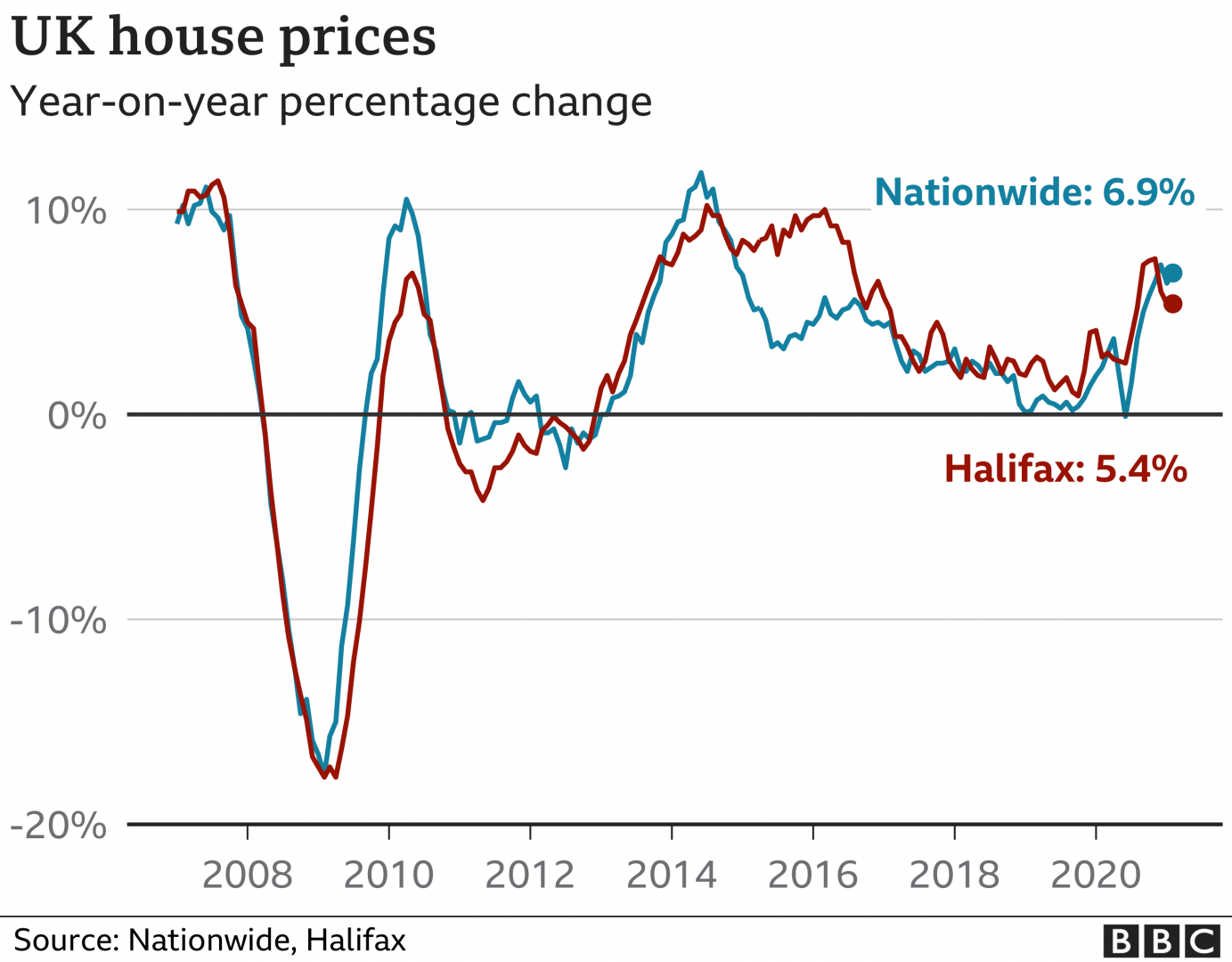 However, it added that the outlook for the housing market was particularly uncertain right now, and the market could slow because of the employment situation. Many workers remain on furlough, and some of those jobs may not return.

Rival lender the Halifax said last month that the economic realities of 2021 meant activity would slow as the year progressed.

Mr Gardner, Nationwide's chief economist, said: "It may be that the stamp duty holiday is still providing some forward momentum, especially given the paucity of properties on the market at present.

"Shifts in housing preferences may also be providing a more significant boost to demand, despite the uncertain economic outlook.

"Many peoples' housing needs have changed as a direct result of the pandemic, with many opting to move to less densely populated locations or property types, despite the sharp economic slowdown and the uncertain outlook."

Samuel Tombs, economist at Pantheon Macroeconomics consultancy, said he had been forecasting a fall in house prices this year, but the Nationwide numbers have prompted a rethink.

"Our forecast for house prices to drop by about 2% this year now looks too downbeat, though we'll wait for details of the guarantee scheme to be released before providing new numbers."

However, Anna Clare Harper, chief executive of asset manager SPI Capital, said: "Reduced stamp duty is not the only driver of house price growth since the strictest lockdown conditions were removed in 2020.

"We also have cheap debt as a result of very low interest rates, which gives buyers a 'discount'; the release of pent-up supply and demand and desire to improve surroundings amongst existing homeowners.

"There is also the 'flight to safety', since in times of uncertainty, people want to put their money in a stable asset with low volatility. These trends are likely to hold up throughout 2021."