Click Above speak to Property Week about what the new airspace PDR mean for resi developers. 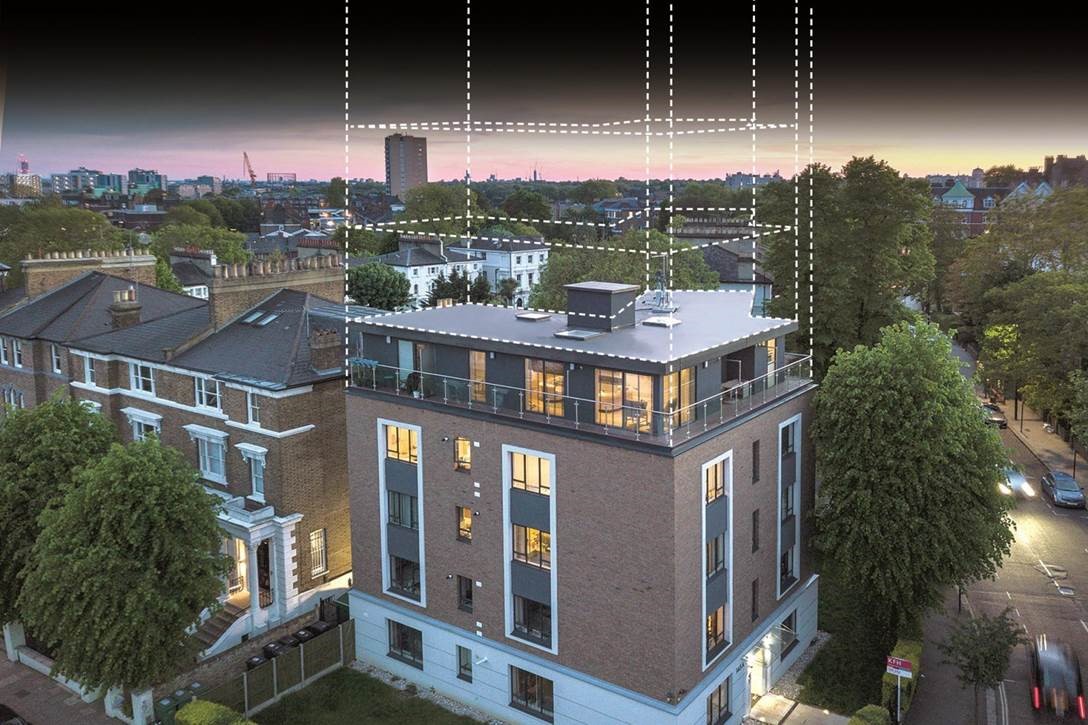 What does new airspace PDR mean for resi developers?

On 1 August, a new permitted development right (PDR) comes into force, which will allow additional storeys to be built on top of buildings without the need for planning consent.

The new PDR, which applies to detached residential blocks built between 1 July 1948 and 5 March 2018, was announced by housing secretary Robert Jenrick in early March. At the time, The Guardian wrote that it was “expected to transform the skyline of residential areas”, but less than a month away from its introduction, legal experts and airspace developers have conflicting views on how effective the new legislation will be.

Airspace development in London was first mooted in consultations that took place in 2016 and 2017. The benefits for the capital were clear: airspace development increases housing stock without having to find new land to build on. Yet more than half of the 88 respondents to the February
2017 consultation “were not supportive of the proposal, with a one-size-fits-all PDR approach considered unworkable”.

So when the airspace PDR was announced earlier this year, it caught some experts off guard. “Following the long government consultation, we didn’t foresee this legislation coming out so soon,” says Laith Mubarak, acquisitions director at airspace developer Click Above. The announcement was so unexpected that Mubarak says he had to amend a pre-application document that his firm had lodged with a local council in order to reflect the new PDR.

Robert Bruce, partner at Freeths, had also expected a longer consultation period and suspects that the economic fallout of Covid-19 precipitated a “half- baked proposal”. He adds: “You have the benefit but then it dissipates because you put too many restrictions on it.”

The airspace PDR allows for the construction of “up to two additional storeys of new flats immediately above the existing topmost residential storey on a purpose-built, detached block of flats,” says Claire Fallows, partner at Charles Russell Speechlys.

There are limitations to the PDR – eligible buildings must be residential only, taller than three storeys, not in a conservation area and constructed after 30 June 1948. There are additional limitations regarding the actual construction, impact on air traffic, external appearance, neighbours’ access to light – the list goes on.

A local planning authority must give consideration to these factors by way of a ‘prior approval’ mechanism. “There’s going to be a lot of buildings [for which] by the time we’ve worked through the restriction, the PDR just doesn’t apply,” explains Fallows, adding that the PDR shifts the complexity from the planning system to the approval process.

Unsurprisingly, developers that specialise in airspace and rooftop development think the new PDR is a good thing. For starters, it could help speed up the planning approval process. Whereas previously the planning process could have taken years, with the PDR “you hope you can wrap it up in around six months”, says Arshad Bhatti, chief executive of Apex Airspace. Only one or two conditions are subjective, he adds, so there is a fair degree of certainty to the process.

For some landlords,the ability to add additional storeys does not only give them the ability to fast- track the delivery of extra residential units – it also helps them upgrade the whole building in a cost-
Marion Court: an airspace development in Tooting featuring four two-bed penthouse apartments
effective way.

Richard Taube, managing director of Upspace, says that for blocks in need of costly renovations, in particular repairs to roofs, this means “you can turn a liability into an asset”.

Mubarak agrees. He says that Click Above is working on a project “where there are £700,000 worth of repairs required to the roof and building. We are able not only to build new homes for people to live in but also to cross-subsidise the works to the building that would have cost the residents in excess of £15,000 each”.

But how many building owners will take advantage of this fast-tracked permission? Apex’s Bhatti predicts that the uptake of the PDR will be in the tens of thousands of buildings. However, he adds: “If you look at the percentage of built units, it’s probably very low.”

What’s more, Bhatti only sees this playing out regionally. “Take-up would be greater in London and the South East because land is more expensive,” he says.

And he does not expect to see a raft of building owners rushing to take advantage of the new PDR when it comes into force next month. Bhatti says he can see take-up happening in two or three years, “as some products are delivered successfully and people see the benefits that it worked”.

Taube agrees that uptake will increase as people slowly cotton on to the benefits of the new PDR, and he believes the new regulation could play a crucial role in promoting awareness of airspace development.

“Until now, it’s been a niche area,” he adds. “I think the PDR will be a game-changer and will hopefully increase awareness, and most importantly education, of the benefits of airspace development.”
Mubarak says the law change has already had a positive impact on Click Above, which has seen a threefold increase in enquiries in the two weeks since the government confirmed the PDR.

While airspace developers have warmly welcomed the new PDR, some property experts have expressed concerns over its labelling.

“The line between getting planning permission and prior approval for permitted development may start to get blurred,” says Jason Lowes, a partner at Rapleys, adding that we are not quite at that point yet.

For Katy Klingopulos, senior associate at BDB Pitmans, the very nature of a PDR is in question. She asks: “Is it misleading [to the public] to call it a right?” She says calling it ‘fast-tracked permission’ is more accurate because LPA prior approval is still required.

“[Given the] hoops to jump through, it will be interesting to see whether there are developers who consider that there is actually a benefit to doing it in comparison with the potential costs,” says Klingopulos.

Roy Pinnock, partner at Dentons, also says there’s a risk of developers “rubbing the [local] authority up the wrong way”, because there are no affordable housing requirements for these additional homes. “It’s a way to increase the base value for viability purposes and a quicker route into the appeal system, ultimately,” he says.

Prime minister Boris Johnson recently encouraged the property industry to “build, build, build”, and outlined a host of new measures that many are eagerly awaiting details on. For the airspace PDR, which he listed last, the detail is already there. Whether it works remains to be seen.