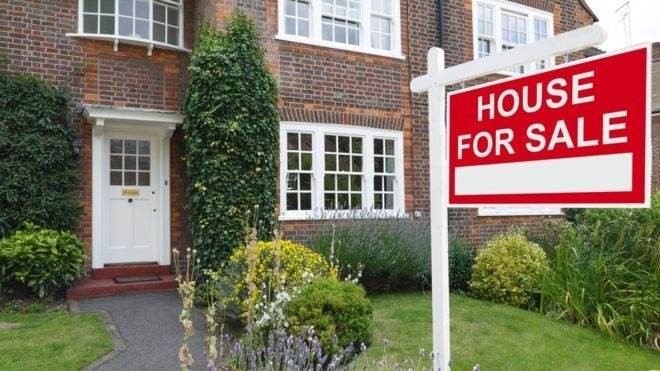 Some big lenders have begun reopening their doors to British borrowers, making it easier to get a home loan.

At the start of the coronavirus lockdown, several scrapped deals or only offered loans to those with large deposits.

But this week Nationwide, Halifax, Virgin and Santander all made it easier for people to qualify for a loan.

Nationwide resumed loans at 85% loan-to-value (LTV) on Wednesday, while Halifax raised its LTV level from 80% to 85%.

Meanwhile, this week Virgin Money began offering purchase mortgages again, as Santander increased its maximum loan size - from £300,000 to £500,000 - and cut fees on its residential mortgages.

At the start of the lockdown, lenders were forced to reassess their deals in the light of the new restrictions.

For instance, Nationwide, the UK's biggest building society, stopped offering deals above 75% loan-to-value to new customers at the end of March to "focus on supporting existing mortgage members, while continuing to process ongoing applications".

"Lenders had to work out how they were going to continue trading while their mortgage processing centres were being scaled back and staff were working from home," explained Aaron Strutt, product director at Trinity Financial.

"As the general public is getting used to life under extended lockdown, so too are lenders," said Chris Sykes, mortgage consultant at broker Private Finance.

Lenders returning this last week "is great news for the market and for borrowers who will have increased choice going forward," he added.

"It also means the post-lockdown recovery should be swifter when some semblance of normality returns."

According to SPF's chief executive Mark Harris, lenders have found ways to deal with some of the problems and "there is a willingness to lend".

"Problems have mostly centred around staff resources, handling the surge in mortgage payment holidays and those staff self-isolating who have children and no childcare," he said.

Lenders have been changing the way they operate to cope with the lockdown and are now much more reliant on their IT systems, pointed out Mr Strutt.

One of the biggest problems under lockdown has been valuations, as properties can't be visited by lenders' staff to be inspected.

"Lenders are using system-generated valuations to get property purchases and remortgages agreed," he said.

These are known in the industry as "drive-by valuations".

Sorting out the problems and gaining confidence in the use of these valuations has encouraged lenders to reopen temporarily-closed doors.

"As the UK's second largest mortgage lender, it is right that we still play an active role in the market, while maintaining the levels of service expected of us, during what are unprecedented and evolving times," said Henry Jordan, director of mortgages at Nationwide.

Nationwide has raised its loan-to-value level to 85%

"We are still getting calls from people asking if it is possible to get a mortgage," said Mr Strutt.

He said borrowers typically need a deposit of at least 10% to qualify and lenders will want to know if people's income has reduced as a result of the coronavirus. But that doesn't mean you will be turned down.

"There is a little more caution in the underwriting process, but even if a borrower is furloughed, the lender will often take their full income into account if it can be proven that the employer is topping up the salary," said Mr Harris.

He added: "NHS workers are being prioritised on remortgages to make sure they go through smoothly and lessen any potential stress."

Fixed rates continue to be at all-time lows, while the base rate is almost zero, so there continue to be plenty of good deals on offer, he pointed out.

"After three weeks of product availability falling, borrowers looking to purchase or remortgage will have an increased number of options open to them," said Mr Harris.

BBC News. You can also view the full article here