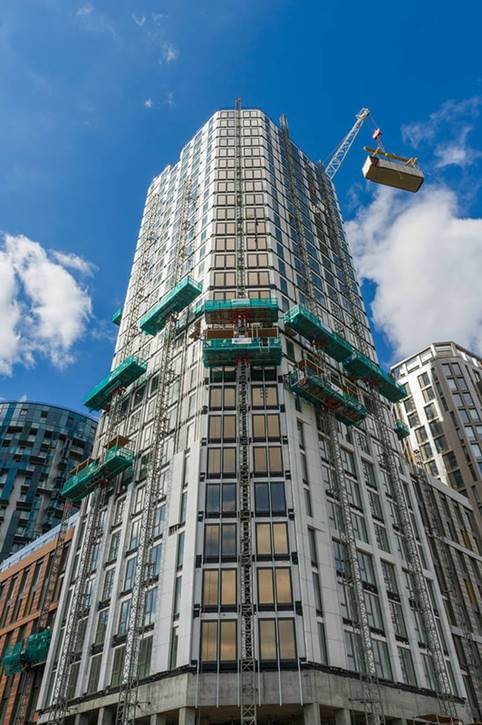 The Mayor of London, Sadiq Khan, is investing £11 million into temporary modular homes to help homeless families in the capital.

In an attempt to offer high-quality, local temporary accommodation for families instead, London boroughs have joined forces with the Mayor to manufacture ‘modular’ homes - which are constructed off-site and then placed temporarily on land that is unused as it awaits permanent development. The funding will deliver up to 200 affordable homes to rent on sites across London.

The initiative is run by the Pan-London Accommodation Collaborative Enterprise (PLACE), a not-for-profit company hosted by the London Borough of Tower Hamlets on behalf of those councils involved. PLACE is also supported by the umbrella body London Councils and has been developed by the London Housing Directors’ Group.

PLACE’s precision-manufactured homes will have the quality of permanent housing, will meet the Mayor’s draft London Plan space standards, and can be moved from one site to another as required. PLACE will focus on delivering two and three-bedroom homes, which will have good insulation and energy performance.

The Mayor of London, Sadiq Khan, said: “The rise in homelessness in recent years is a national disgrace. Government cuts mean that, too often, London councils are left with little choice other than to offer homeless families expensive housing a long way from their local area. I’m pleased to support this new initiative that makes use of modular construction and temporarily vacant sites to help ease some of that pressure and make a real difference to the families involved.”

Cllr Darren Rodwell, London Councils’ Executive Member for Housing & Planning, said: “London faces the most severe housing crisis in the country and boroughs are determined to work together to secure better accommodation for homeless Londoners.

“PLACE will deliver new family-sized housing for homeless Londoners in their borough – close to their schools, jobs and support networks – and provide a high-quality alternative to other forms of temporary accommodation. It represents an innovative new approach and we’re pleased to have the Mayor’s support for this crucial work.”

To get involved in the scheme, boroughs need to identify a meanwhile site and join PLACE. PLACE will then procure the modular housing units and manage the installation and removal, and rent homes to boroughs at 90 per cent of the 2011 Local Housing Allowance rate, providing a less expensive option for local authorities.

Councillor Rachel Blake, Tower Hamlets Deputy Mayor for Regeneration and Air Quality said: “With London’s temporary housing crisis getting worse, this funding is very welcome and will support local authorities to collaborate. It’s really exciting news and a big boost to an important project that will provide innovative solutions to homelessness in Tower Hamlets.”

Further details, including the manufacturer of these homes, will be announced in due course.